There has been a settlement here for over nine hundred years, with the first recorded mention of Cadenham in the Domesday Book of 1086. The estate is described at that time as belonging to Earl Hugh and held by one William from him, consisting of land for two ploughs, meadows and woodland, with two slaves and eight smallholders. It is likely that people were settled here for some time before that, as the name Cadenham is of Anglo-Saxon derivation, meaning Cada’ s ham or homestead. You can see the same name locally in Catcomb Wood to the east and the small stream Cade Burna that runs from Catcomb into the River Avon in Tytherton Lucas. A good supply of spring-fed water and soils well-suited to pasture were probably what originally made the site attractive.

The current house you can see was built in 1690 by Sir George Hungerford and his wife Frances Seymour, constructed a few yards from the previous larger house which has been occupied by the Hungerford family for the previous two hundred years. We do not know much about the house or its occupants at that time, although the diarist John Evelyn and his wife, niece of the Hungerfords, visited in 1654 when he wrote "we did nothing but feast and make good cheer".

That original house was described by John Aubrey, the local historian, as “propt for fear of falling” in 1670, and was likely too expensive for the Hungerfords to repair, so they decided to build a smaller house using many of the materials from the old house. It seems they used stone mullion-and-transom window frames, a fireplace, oak panelling and part of the chimney stacks from the old house. There is also a suggestion that some of stone was from Bradenstoke Abbey, after the dissolution of the monasteries in the 16th century. All that remains of the original house is the moat that surrounded it, and a dovecote, both now incorporated into the gardens.

Sir George was part of the junior or cadet branch of the main family who resided at Farleigh Hungerford, inheriting an estate of £1,000 p.a in 1667 and was an MP for 40 years. He had a long-running law suit with the Vicar of Bremhill, Rev. John Tounson over who should pay the £20 a year cost of a curate for the church in Foxham. He also ended up in litigation over money and inheritances with both his mother (who lived until she was over 90) and his younger son Walter, such that at his death in 1712 his affairs were ‘much entangled’, due largely to the expenses, estimated at more than £2,700, of the ‘groundless and unchristian suit’ brought against him by his younger son Walter. His eldest son George, who died in 1697, is commemorated in the splendid Baroque marble monument in the chancel of St Martin’s Church in Bremhill. Sir George was keen on demonstrating his grand family and social connections - on the front of the house shown in the picture to the right are the family crests of the Hungerfords and the Seymours, with coronets to show the families were part of the peerage. He also commissioned a very ornate bookplate for his extensive library of books.

Walter Hungerford sold the estate in 1720 to the Devizes MP Benjamin Haskins Stiles who also owned Bowden Park near Chippenham. By 1780 Cadenham was in the possession of Henry Grant, on his death in 1812 it was bought by the Fry family of Christian Malford. They lived here for over 70 years, during which time the Wilts and Berks Canal was built, passing close to the house on the east side. This necessitated creating a new drive to the house, as originally Cadenham was approached from the east, across the field to the left of the house as you look at it from the road. The new drive was built where it is today, and the back of the house became the front. The Pocock family lived here in the late 19th century, selling to the Shipp family in 1900 at which time there was a 36 foot long cheeseroom. The photograph shows a village party at the time of Queen Victoria’s Diamond Jubilee in 1897.

The estate was bought in 1945 by Elizabeth Blackwell, the current owner’s grandmother after she was widowed in the war. She lived here until her death in 2000, making improvements to the house and farm buildings using local materials and creating a remarkable garden around the moat of the original house. The garden is usually open to the public under the National Gardens Scheme in early June. 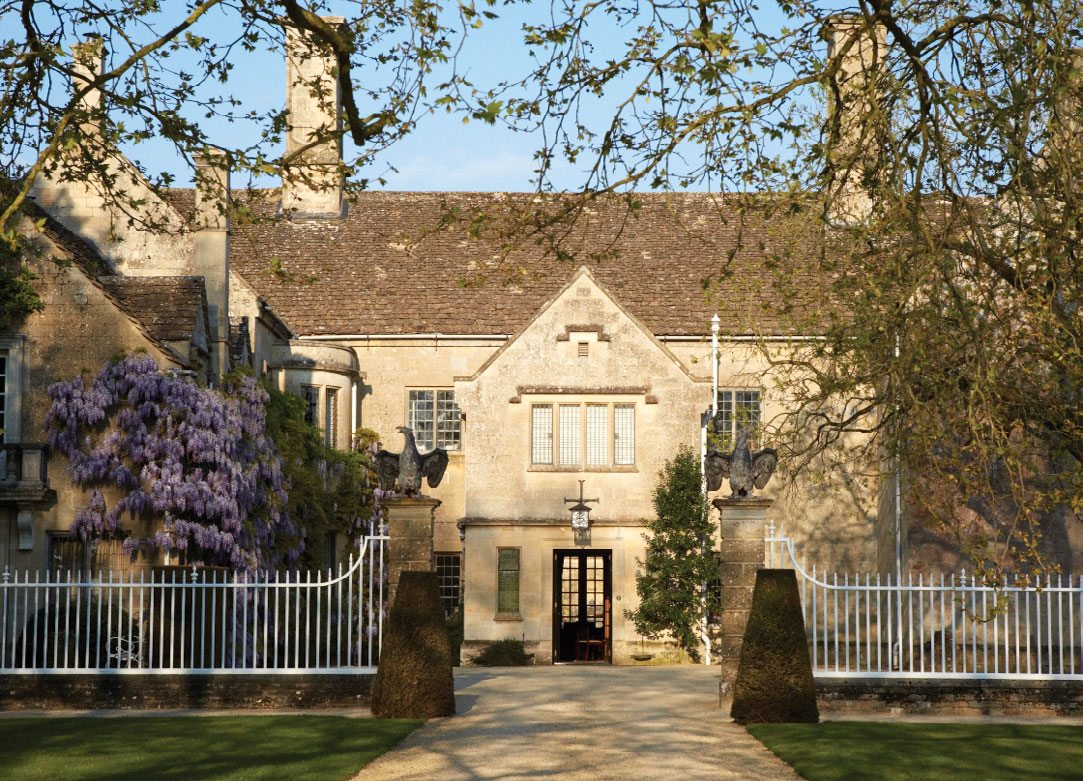 The current front of Cadenham Manor built in 1690 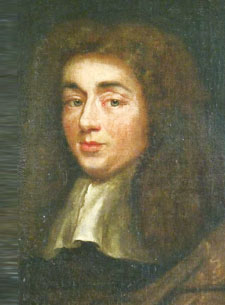 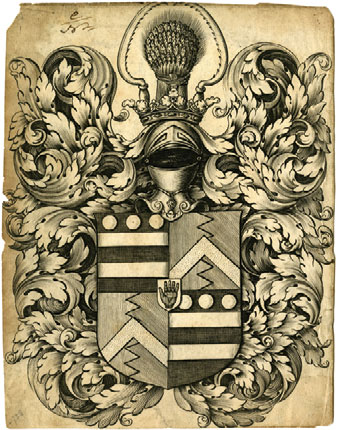 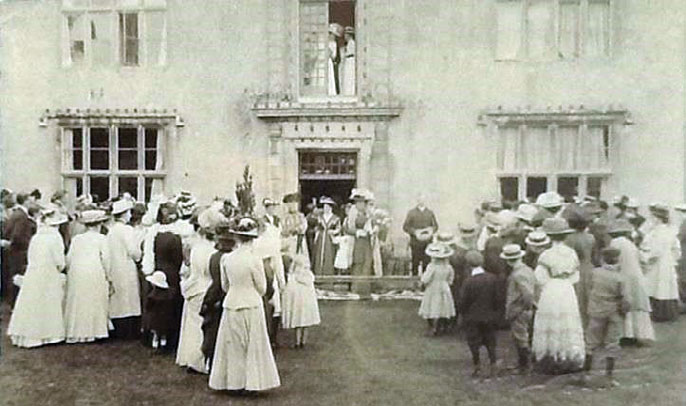 The Hungerford and Seymour crests 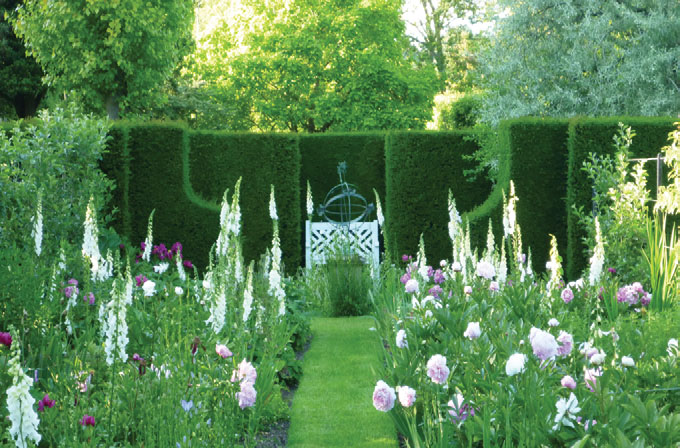 The Peony Walk in June