The original building was one of three cottages. John and Eliza Reeves are standing outside what would have been the centre cottage. Lynne Pegler says when she knew the house it was only the left hand side remaining, which faced the other way, with two cottages on the right missing.

John Reeves started his working life as an 'underdog' in his father's timber business, so there must have been a sawpit somewhere. It permanently damaged his lungs, but that didn't stop him fathering 12 children who would have gone to the Foxham village school.

John Reeves died in 1927, aged 67. It's difficult to decide from the tiny figures in the photo how old they are, but he doesn't look very young. If he was 50-ish that makes the photo about 1910. Some of the Reeves family are recorded in the Christian Malford parish registers, which may be a clue.

According to the Elliot family, the building was re-roofed before it was demolished, as it wasn't always a thatch.

The house that stands there today is called Elm Tree House. 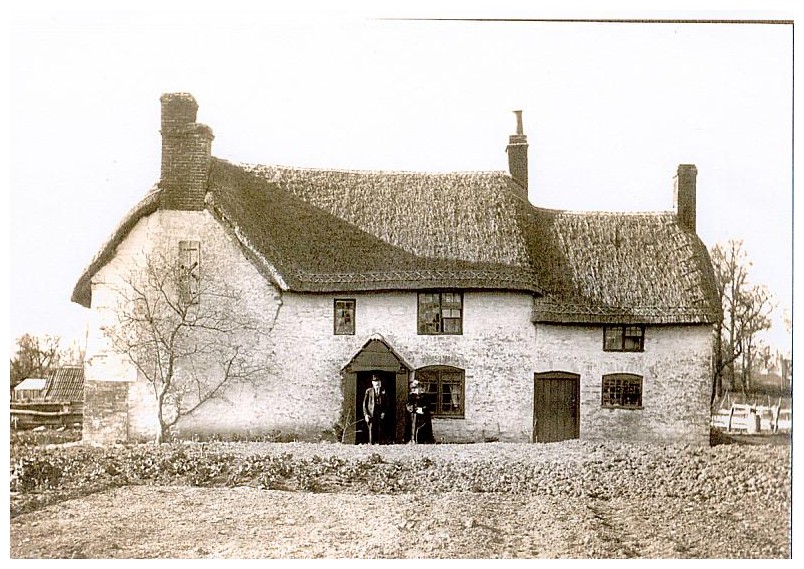 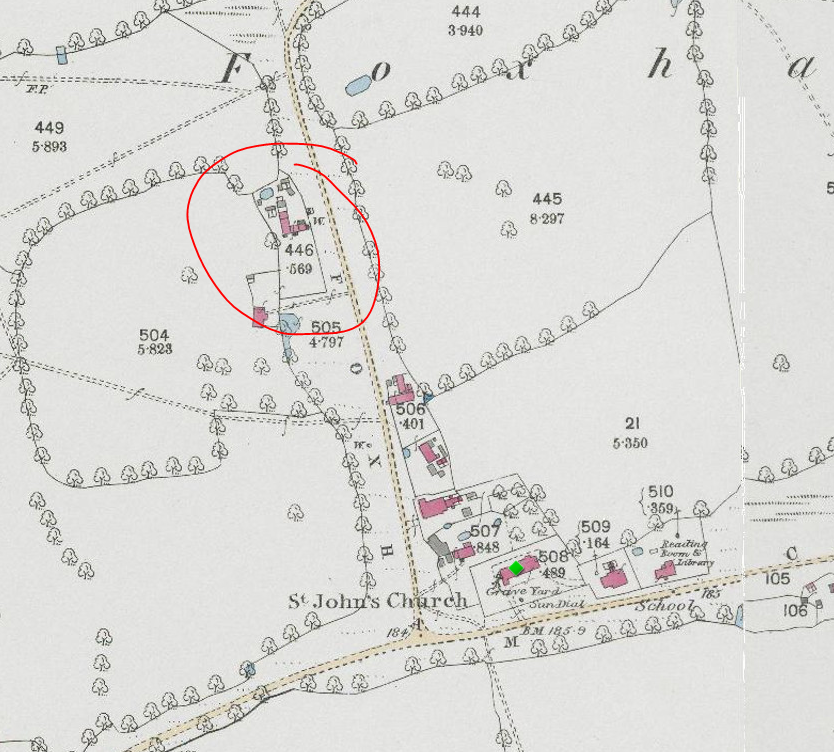 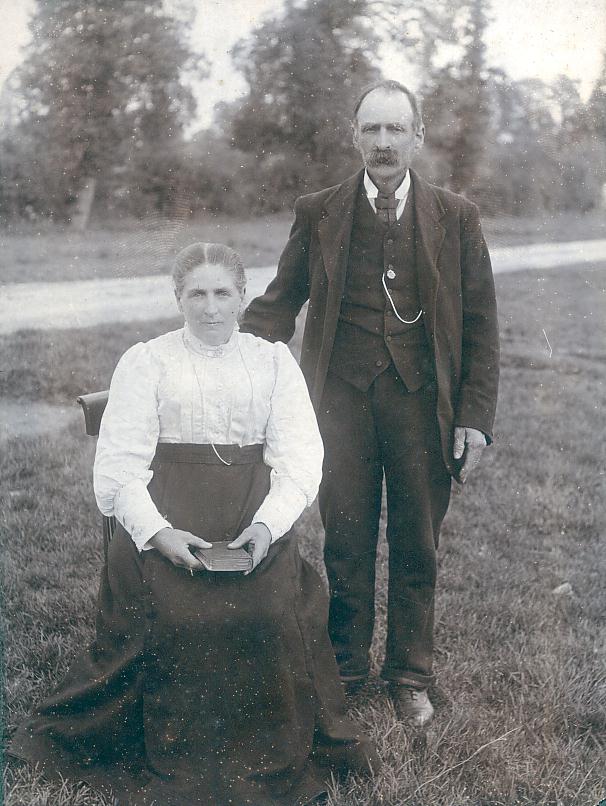 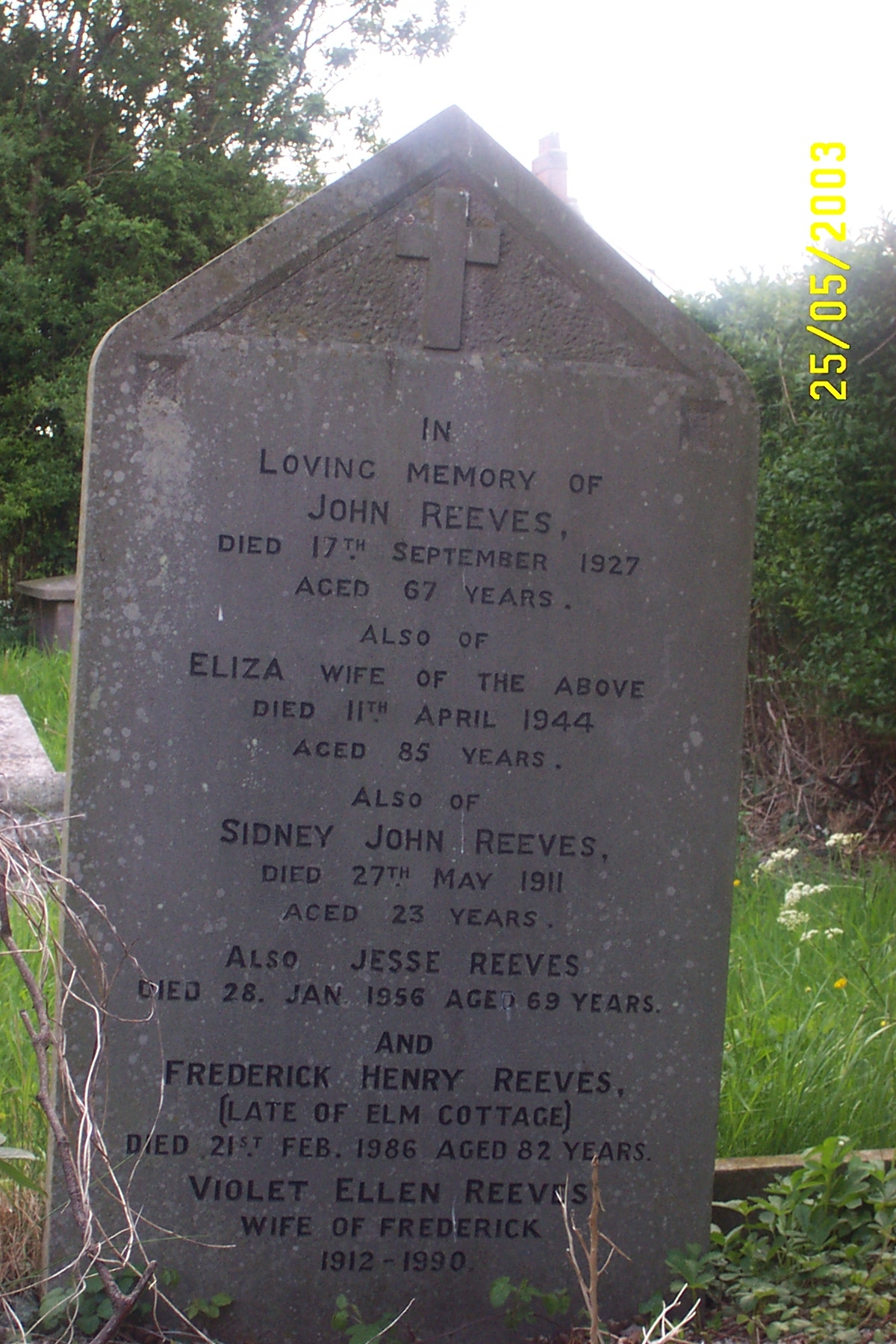