Spirthill is a hamlet in the civil parish of Bremhill in Wiltshire, England, 2.5 miles (4.0 km) to the south of Lyneham. It is on top of a hill with views over the Avon valley to the east and the towns of Calne, Chippenham and Cherhill can be seen from some vantage points.

It is a quiet community of farmland and residential housing spread out along a narrow and unlit lane. There are 20 homes in the hamlet, including five farms with livestock or arable crops. It is believed there were farms in the area around the Domesday time or before. The area was once part of the nearby Bowood Estate and can trace historical links back to the 16th Century with land and buildings owned by Sir Edmund Baynton (1480- 1544), one of Wiltshire’s biggest landowners, a member of parliament and vice-chamberlain to Henry VIII's queens. Nowadays as well as farming there are small business activities in the hamlet largely based on cottage industry.

A Wesleyan Methodist chapel dated 1825 was built at Spirthill but is now a private residence and several stone buildings have been demolished to be replaced by individual architect designed homes. Clacks Way, an ancient drove road along which livestock were driven to market can be traced from the site of Bradenstoke Abbey to Calne passing through fields in Spirthill near to a, now disused, sand pit where the local Home Guard practised their .303 rifle skills during WW2. 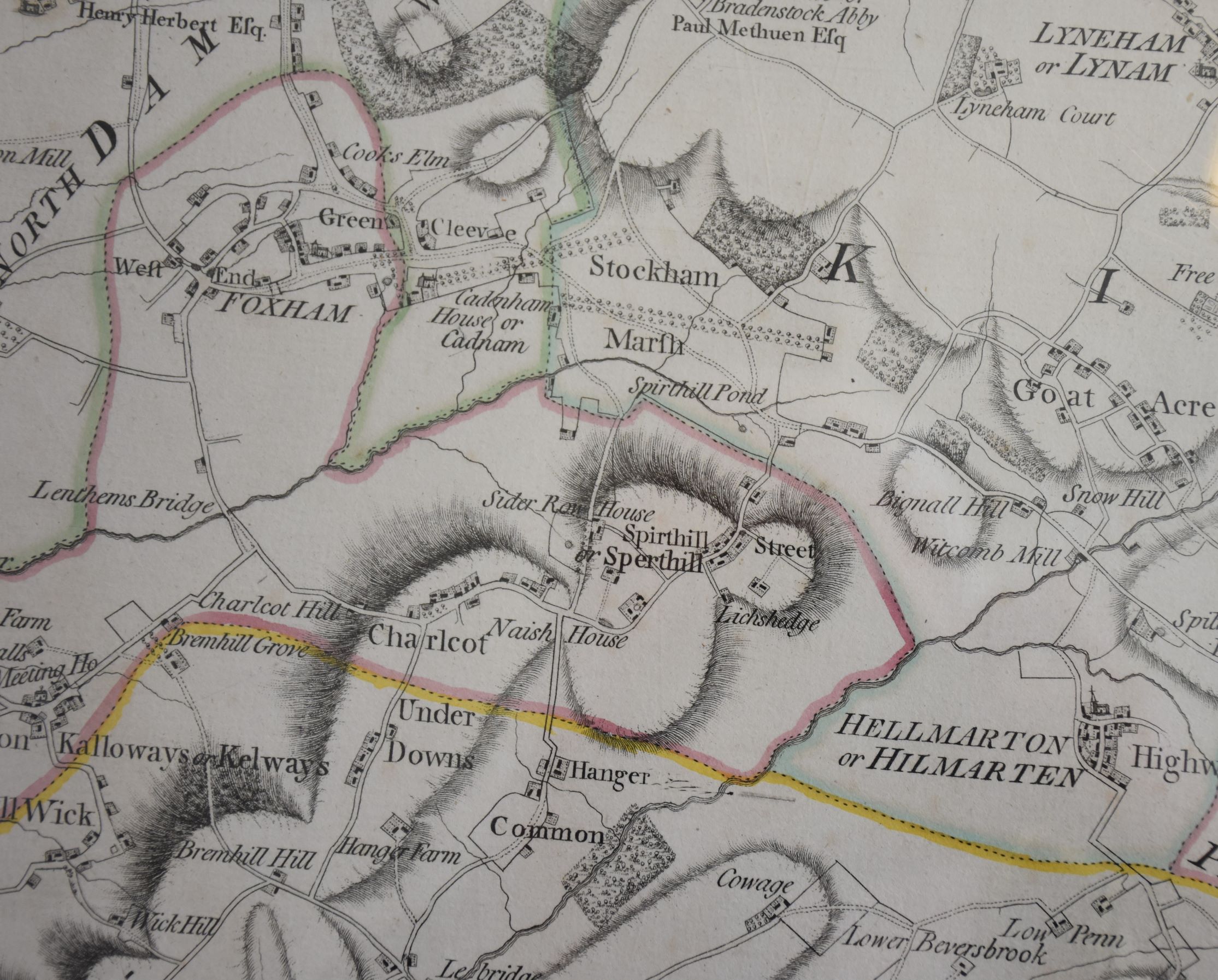