Kindly note the road to the church is a private driveway and is not open to visitors. Access on foot can be made via the signposted footpath.

“Tytherton Lucas” has had many name variants over the years including: Tedrintone (1086), Tiderington (1155), Tudrington (1202), Tidderintone (1249), Tethryngton (1513), Tytherington, Titherton (1603), West Tytherton etc. “Tytherton” may be derived from the Anglo-Saxon “tydor” + “tun” meaning a fertile farm or hamlet. Certainly, the land around here is rich soil which drains well because it is on a gravel bed, and with many wells and the Avon and Marden rivers to provide water. The second element comes from the Lucas family who owned the land from 1202 and this distinguishes Tytherton Lucas from nearby Tytherton Kellaways, now called East Tytherton.

The original church yard wall is oval in shape which indicates there might have been a Saxon settlement here before the church was built. Aerial Lidar photographs reveal another medieval enclosure in a nearby field. So, this area would have been the site of the original settlement before the village expanded up the roads towards East Tytherton and Stanley.

St Nicholas' Church is thought to have been built in the 13th century. By 1802 the church was in a very poor state of repair and it was restored through the generosity of Thomas Crook. Some parts of the medieval chapel are still evident including the rubble stone masonry, stone slate roof, a priest’s door on the south side (can you spot it?), a window on the east side with intersected lacery and hood mould (see photo), the trefoil–cusped entrance (see photo) and window on the north side. The long waisted bell which hangs in an open cot is thought to be the oldest bell in Wiltshire. An inventory in 1553 records two bells and there may have been a smaller Sanctus bell in the small cote on the south gable (can you spot it?).

The church yard contains several listed tombstones including members of the Crook family. A Thomas Crook purchased much of the land of Tytherton Lucas in 1669. Successive generations of Crooks were yeomen farmers, including another Thomas Crook (it was customary to carry the same Christian name through successive generations), a wealthy farmer, who restored the church in 1802. He lived at Coggswell (the black and white timber framed house built circa 1600) and also farmed at Curricomb Farm. He was renowned for his dairy cattle which he fed on steamed potatoes (!), as well as the lush grazing which produced superior butter. He also bred thoroughbred racehorses including the progeny of Skyscraper who had won the 1789 Derby.

The house adjacent to the church yard, dates back to 1600 and was part of the glebe (church property). Records indicate that it was only briefly used as a vicarage, as the vicar from St Andrews, Chippenham provided the weekly service. The house used to be called “Stokes” presumably after the Stokes family who lived in Tytherton Lucas from about this time. Interestingly, in 1656, Edward Stokes hosted a Quaker meeting at “his house” attended by “several thousand”. I wonder where this was! And what tension there must have been with the Church of England, to which all inhabitants paid their tithes? There were a number of local Quakers from this time who are buried at East Tytherton, although our Edward Stokes is buried here at St Nicholas' Church - there is a plaque inside the church. Perhaps he was just a Quaker sympathiser? 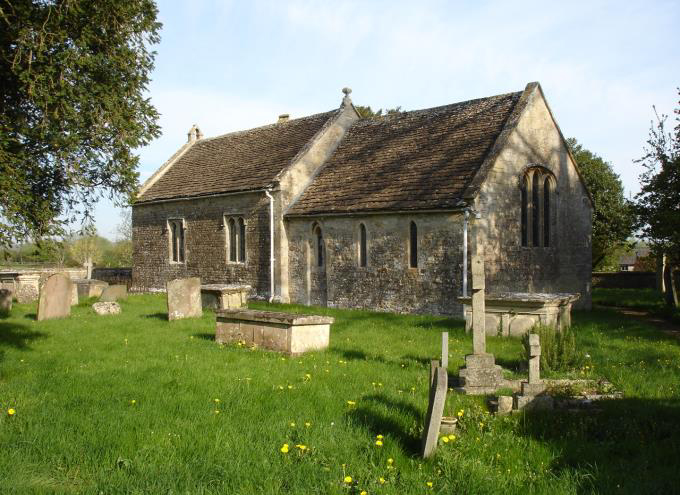 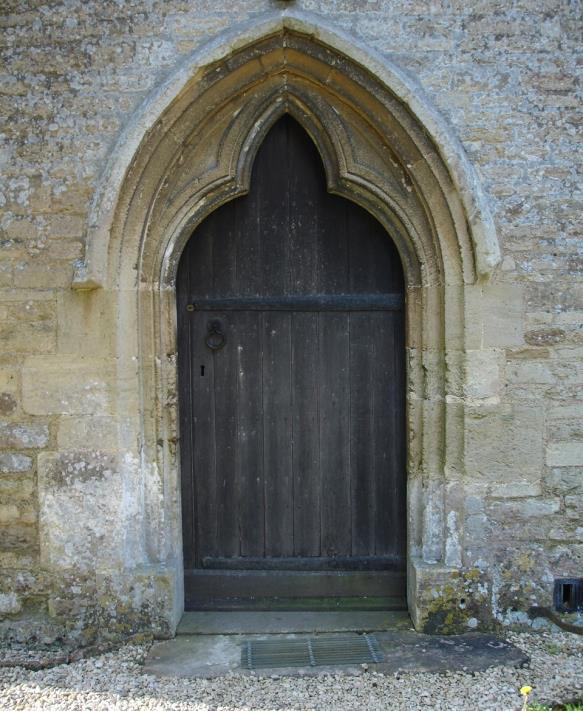 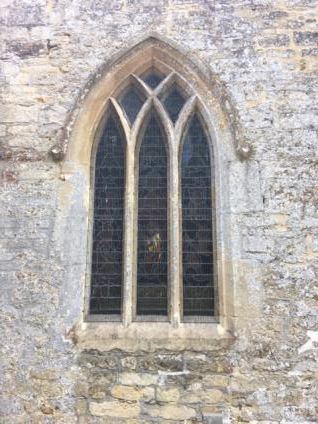 Window on the east side with intersected lacery 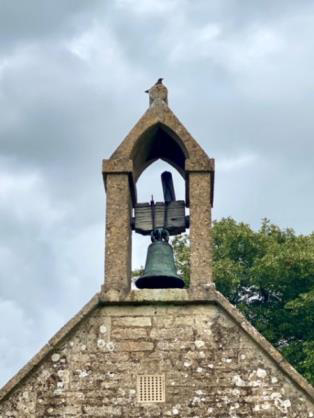 The oldest church bell in Wiltshire 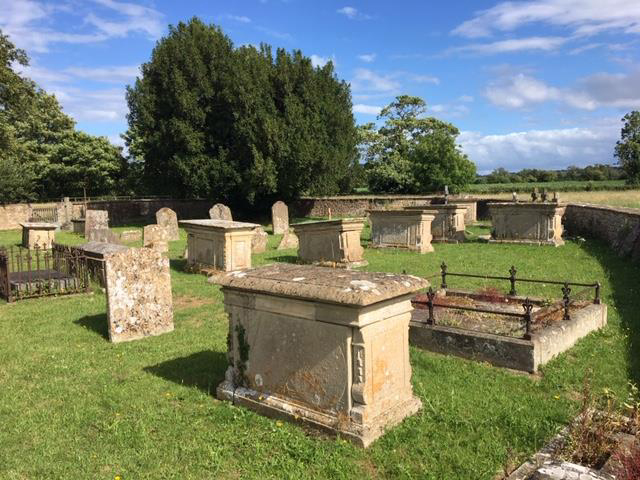 Listed tombstones including to the Crook family