The birth of the canal through the Parish

At the end of the 18th century raw materials for the Industrial Revolution were in huge demand. This included stone for roads, in addition to coal which could easily be carried by water transport where canals existed. North Wiltshire and West Berkshire were little served by navigable waterways so an incentive to expand the canal network was a clear trade opportunity.

In January 1793 a meeting was held to promote a new canal from Abingdon linking with Bristol. Many further meetings ensued with shareholders of the venture agreeing the appointment of Robert Whitworth, Chief Engineer, and his son William, to survey the landscape and draw plans accordingly. The Bill for commencement was granted in 1795, including navigable cuts from Bremhill to Calne and Pewsham to Chippenham. The largest engineering work on the whole canal line was in the main canal section near Stanley and required a brick and stone aquaduct across the River Marden. Whitworth designed the structure with two 12 foot arches which was built on dry land on one side of the river. The waterway was then diverted through one arch whilst the other was built.

Another example of his clever thinking was his rationale to create brick works at strategic points along the canal route. One such brick yard was at Stanley and another at Foxham utilising the Kimmeridge clay that is prevalent in the Marden Vale. As the canal progressed one brick kiln was closed and another built nearer to the construction site and so on. The actual work of building the canal was done by ‘navvies’, a term which was an abridgement of the less poetical word ‘navigator’.

Trading opportunities for the Parish

In 1810 the canal opened and provided trading opportunites for Bremhill Parish. The southern approach to the canal enters the Parish from the direction of Forest Gate where the A4 crosses the canal. It then follows the line to Studley, under a minor road bridge passing under the disused Calne Branch railway, now a Sustrans cycleway and footpath. It continues to the site of what was the largest engineering work on the main line, the aquaduct over the River Marden with two arches, now non-existent. Two deep locks, Stanley top and bottom, lifted the canal passing the entrance to the Calne branch and onto Stanley Bridge and Stanley Wharf, site of the wharfinger’s (manager’s) house, now a private domain. Beyond that, Wick Arched Bridge features along with a draw-bridge at Bremhill Grove. The next road intersection is at the bottom of Charlcutt Hill by a small cut which was for overnight mooring and loading. During the Second World War, many of the locks and other canal structures were used for army exercises and damaged by explosives, including the Charlcutt canal bridge.

Between there and Foxham, the canal ran in open fields under two draw-bridges and over a substantial culvert spanning the Cade Burna stream. The canal passed east of Cadenham Manor under a bridge on the Foxham to Hilmarton road to ‘climb’ the hill via Foxham bottom and top locks. The latter is now restored and the canal is in water for a mile. As it leaves the Parish there are two restored lift bridges and evidence of another. The Calne cut was entered at Stanley just north of the former aquaduct and continued through open fields until it ran beside Hazeland Mill. The canal then left the Parish, running beside the River Marden before entering a tunnel under what is now the A4 and onto the centre of Calne.

The canal traded satisfactorily for a few years with Stanley Wharf and Foxham Wharf trading with an average of 4,000 tons of coal per annum during the heydays of the 1840’s. Whilst the Great Western Railway became a major factor in its eventual decline, the building process of the railway provided a huge boost in income as a massive tonnage of stone, metal and equipment was carried by the canal infrastructure. However, in 1901 Wiltshire County Council agreed that it was in such a state of disrepair that it was of no use for waterway traffic. The canal was practically rendered impassable at the southern end when the Stanley aquaduct developed a large hole in the canal bed in 1901 and all the water drained into the River Marden. The ‘death knell’ came when one of the arches collapsed in 1906 and the canal was abandoned in 1914. 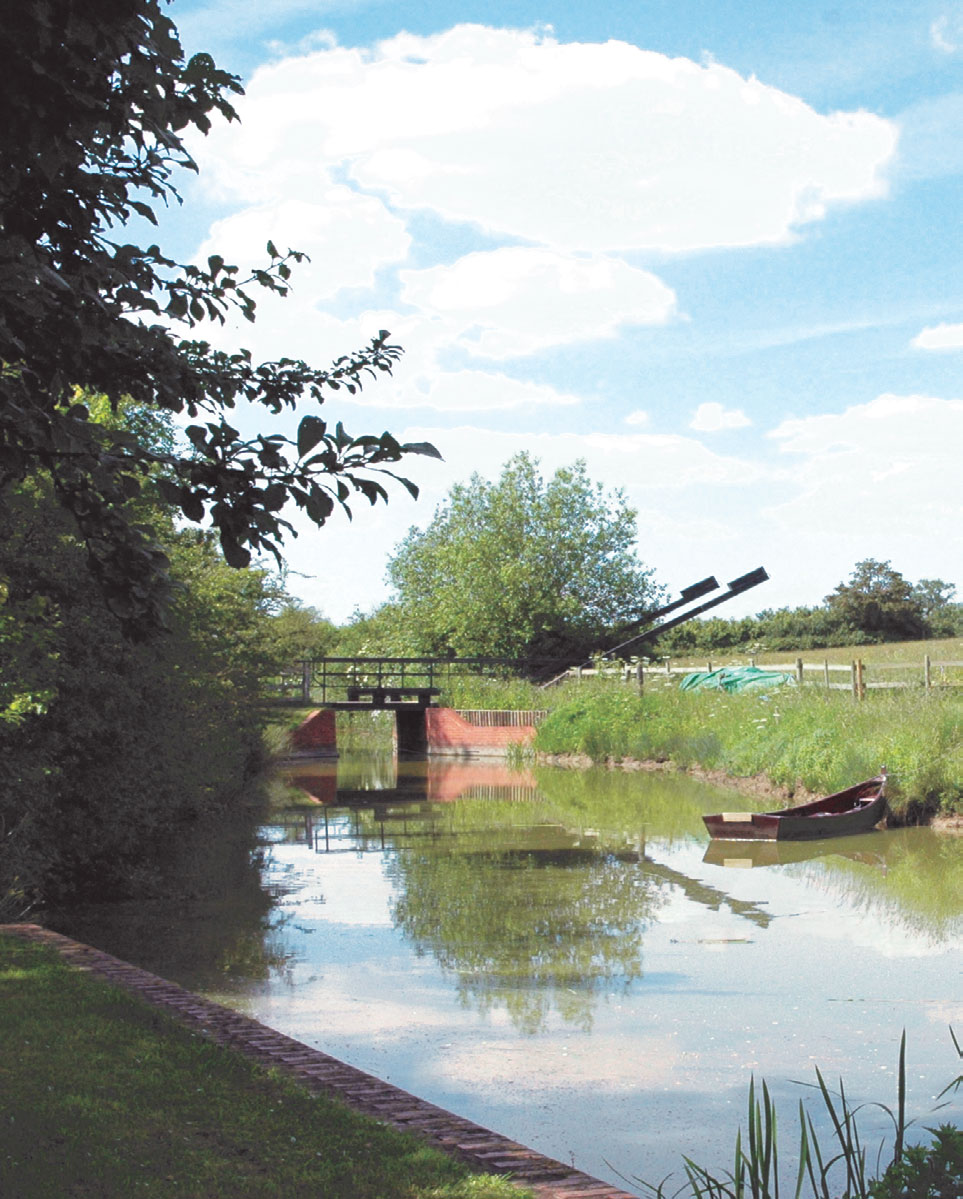 The canal as it is today at the restored Foxham lock 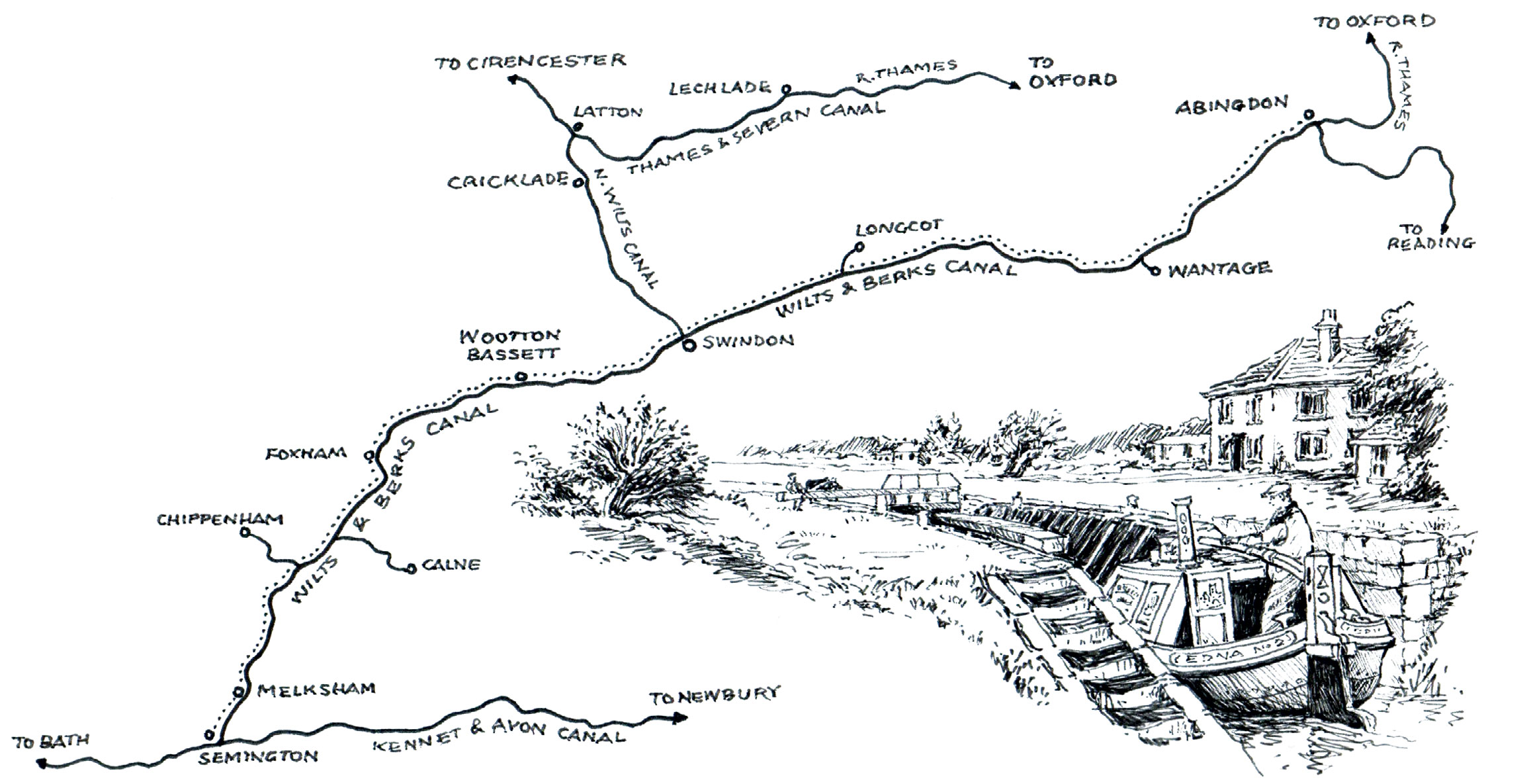 The route of the Wilts & Berks Canal 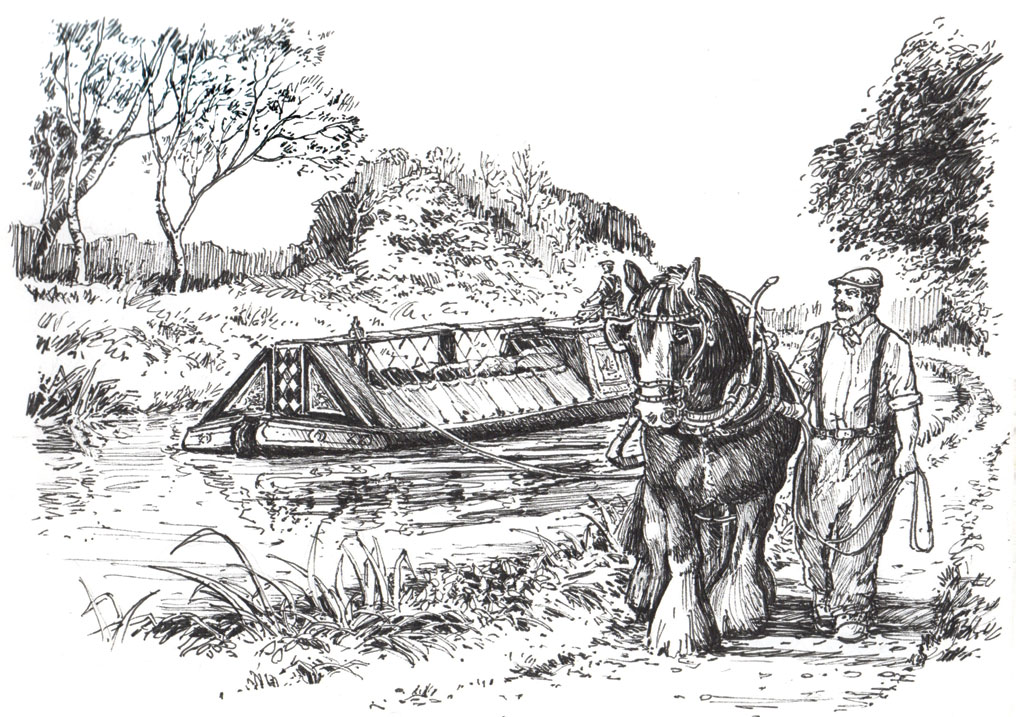 Horse-drawn and fully laden narrowboat near Bremhill Grove in 1815